An express lesson in how to mop up a PR disaster 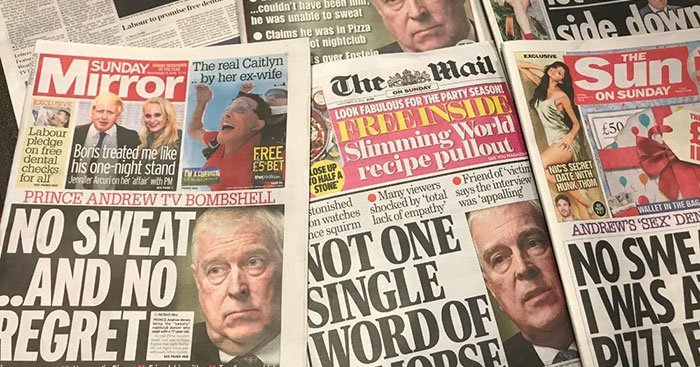 Many years ago I applied to be a press officer for Prince Charles. I didn’t get it and instead went on a journey to protect the reputations of the legal sector. So when the ginormous PR disaster of epic proportions unfolded recently starring Prince Andrew vs Emily Maitlis I felt rather relieved that I had chosen lawyers over royals.

Prince Andrew had really good PR advice ahead of his Newsnight interview with Emily Maitlis.  I would have given him the same advice – to turn the interview down.

Why? Because put simply there was a lot more to lose than be gained. PR adviser Jason Stein, one-time special adviser to Amber Rudd, had been hired in September to help revive the prince’s reputation following his links to the now-notorious Jeffrey Epstein.

According to The Times Stein ditched his royal client when he decided to go ahead with the interview. Reputational risk, believe it or not, extends to many roles, including PR advisers.

The interview was, for the prince and his reputation, a total PR disaster – an event so painfully dire, I had to watch it from behind my sofa. One that he will struggle to recover from.

If a replacement for Jason Stein was drafted in at short notice, then the prince, like Maitlis, would have ‘gamed’ the interview in advance, Maitlis didn’t in fact get the interview she was expecting, and Prince Andrew it seems didn’t either.

It is hard to imagine how HRH could have done a worse interview. But having said yes to it, could he have done better?

So where did he go wrong?

Perhaps one of the most ignorant actions of this prince was the wasted opportunity for him to express concern or support for survivors of abuse in any situation, high profile or not. During the interview he clearly wasn’t listening – or at least, he wasn’t listening carefully enough.

Alongside detailed questioning, Maitlis also gave him more than one easy opportunity to express regret for the suffering of Epstein’s victims. She even asked him if he had any regrets. “Now? Still not,” he replied.

He had little clue about the audience and any votes for empathy and understanding were soon lost. The prince’s sense of what’s normal will have won him few friends.

Answering about one event he says: ‘It wasn’t a party, it was a shooting weekend.’ Effect-wise, not quite the slam-dunk of a rebuttal he’d been hoping for. Going to Pizza Express ‘was a very unusual thing for me to do’, was another not-so-great line.

His denials verged on the outlandish – of the famous photograph of the prince with his arm round the teenage Virginia Roberts’ midriff, he said: ‘I don’t believe it’s a picture of me in London because… when I go out in London, I wear a suit and a tie.’

Of course, cue the appearance of multiple photographs of Andrew out and about in jeans around London.

Distance yourself from the stink

He’s still sticking up for Jeffrey Epstein – a bit – which is still too much. To yet another question that used the word ‘regrets’, Andrew replies: ‘Do I regret the fact that he has quite obviously conducted himself in a manner unbecoming – yes.’

An incredulous Maitlis, in one of the stand-out parts of the interview, said: ‘Unbecoming? He was a sex offender!’. Again another wasted opportunity for him to express concern or support for survivors of abuse.

So what should the prince do now?

Jason Stein’s preferred plan – a couple of long-print interviews to mark his 60th birthday in February was good advice but I think the chance for that, and more importantly for it to go well, has gone.

What would we advise our clients to do after a massive PR disaster has hit?

We would advise them to be very boring and to stay very boring for a very long time. After the Profumo Affair broke, the disgraced minister John Profumo did decades of charity work as a volunteer at Toynbee Hall – a rehabilitation that earned him a CBE in 1975.

That’s not a bad plan if you have the time?

Are there any ‘winners’ caught up in this episode? Rather obviously Emily Maitlis, whose quiet, polite, forensic interviewing delivered one of the strangest interviews ever to be aired.

Pizza Express is also a winner, and I think the company does listen to its PR advisers. A tweet from its main account @PizzaExpress, which has garnered 37,300 ‘likes’, read:

If you’d like advice on when and what to say and importantly what not to say, I hope you’ll get in touch.