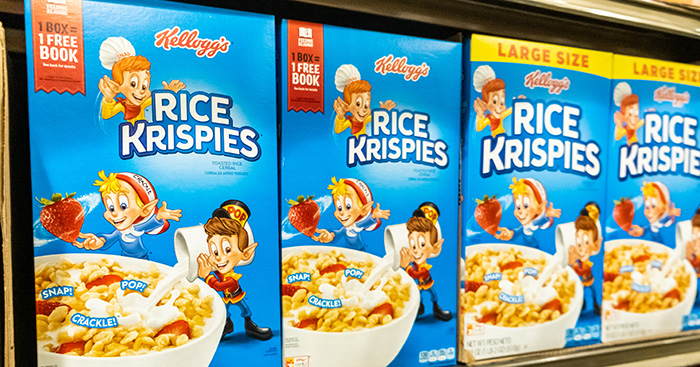 Partner Steve Rudaini looks at why it’s important to get cases in the media and how the right communications strategy can raise the profile of the lawyers involved and grow important relationships with the media.

This week, the BBC reported that food giant Kellogg’s is taking the government to court over new rules that would prevent some cereals being prominently displayed in stores because of their high sugar content, similar to cigarettes.

We can expect to see ongoing coverage of this ‘cereal battle’ in court, similar to the daily media coverage we are witnessing from the US as the Depp v Heard case grabs the headlines.

Some will perceive the latter case as nothing more than a media circus, with big names due to testify, but in both instances, the positives to come from such reporting is that the public gets to see the justice system in action. In the Kellogg’s case, the impact of a court decision could also be more visible to Joe Public, many of whom will never step foot in a court room.

Past cases have been vital in showing the world the important role of our justice system. Remember the 2016 Enemies of the People headline in the Daily Mail from the first ‘Brexit’ case? Though I disagree with the sentiment of the headline, which criticised the High Court judges in the case, there’s no doubt it prompted many people who would not normally pay much attention to the courts to tune in when the case reached the Supreme Court.

High-profile court cases also give the lawyers involved a moment in the limelight, that can help them raise their profiles to the outside world and the potential clients who live in it.

In the US, lawyers involved in high-profile cases are like rock stars. Their performance in court is reported on as much as those they are cross-examining. In the OJ Simpson Trial of the 1990s, some of the lawyers became so famous even their children have achieved global stardom (see Kardashian offspring).

In the UK, making sure the lawyers who are tirelessly working hard for their clients in these high-profile cases is not a given. Many journalists might cover the case, but not give space to the lawyers in their write-ups. There are ways to mitigate against that without commenting on the case sub judice.

Good, ongoing relationships with the media are key, and not just the few court reporters left on the planet. Home affairs and, in the Kellogg’s case for example, the business press are looking more and more at cases that have a wider impact on individuals and businesses.

Giving notice of a big case in advance can give journalists a helping hand when they are pitching to their news desks. The lawyers who are helpful to the press can grow those important relationships with the media.

Sharing is caring: Many journalists have wised up to the fact that getting their hands on skeleton arguments in a court case is extremely helpful in reporting on a case. Many lawyers are willing to do this, others less sure what they can and can’t do. The Bar Council has recently produced a useful guide for the Bar at least on this, which is available on demand. Sharing ‘skellies’ will certainly help the media think about the lawyer who helped them when they come to write up their stories.

Being available to a journalist for comment or background information after a decision or judgment is vital, but don’t assume the press will come flocking to your door. Lawyers or their PRs need to plan ahead and ensure the journalists covering a case know a statement will be imminent. This worked successfully in relation to a recent major case in the UK Supreme Court concerning who owned Venezuela’s gold reserves. MD Communications worked closely with the winning side’s law firm to keep the press informed and let them know that the firm would have something to say about it.

The world is already hearing about J Benjamin Rottenborn, the lawyer currently grilling actor Johnny Depp in the defamation case against his former partner Amber Heard. Will we soon know Snap, Crackle and Pop’s lawyers’ names in the Kellogg’s case? If they’ve got their communications strategy right for the case, you will.

CEO Melissa Davis discusses why the real lesson from this awkward experience for Stephenson Harwood is that every internal... read more