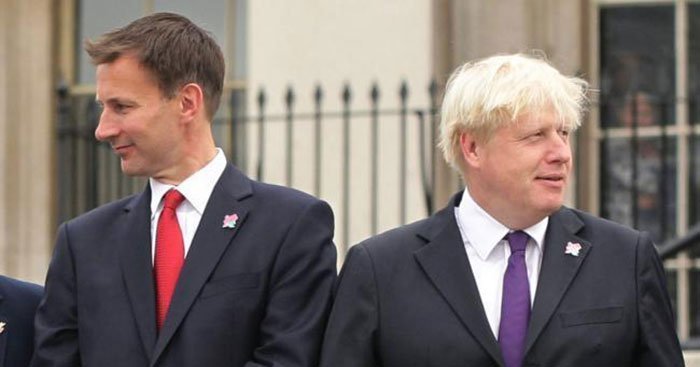 If the Conservative party leadership contest were being decided by any means other than the votes of the peculiar constituency of the party’s membership, we might be seeing it play out like Shakespeare’s Antony and Cleopatra.

Think Boris as the debauched, but infinitely more characterful Antony (‘the greatness of life is to do thus – fnawrrarrr!’) – doomed to defeat by the more clean-living, machine-like Octavian Caesar (here played by Jeremy Hunt).

But of course, that’s not the way it’s happening. As a PR professional, my interest here is in how these two chaps are projecting themselves as they seek premiership.

Last month I wrote about the decision of team-Boris to keep him away from the media (his Telegraph columns excepted), and from scrutiny in general. It might work, but carried enormous risks, I concluded.

And risk it proved.

Things have moved on a bit. The former foreign secretary was widely taunted by his rival, Hunt, and of course made media headlines for all the wrong reasons – an argument in his partner’s Camberwell flat which the police attended after a call from his neighbour.

There has followed an increase in media interviews where Boris has performed, well, below the standard you’d expect from a former star of the Oxford Union debating society. He’s tripped up on detail, flip-flopped on policy.

Has he done enough? And how is Jeremy Hunt’s approach working? A few thoughts at this stage of the contest.

1. Boris Johnson paid a price for hiding away – he didn’t get to emerge to face the media at a time of his choosing, and given the context (an undignified domestic argument, apparently involving spilled drink and the police) he had to work harder to get on the front foot. I noted the media would sniff around all the more while he ignored them – and they were handed this incident on a plate.

2. Jeremy Hunt has had to become more like Boris – he’s battling the idea that he lacks charisma. No trademark blond mop of hair. He’s not referred to by people he’s never met by his first name (say ‘Boris’, and we all know who is being referred to), and he doesn’t have a knack for a colourful turn-of-phrase.

3. They both seem pretty uncomfortable – they know what the party faithful want to hear, and in hustings, seem willing to say anything. But when it hits their credibility externally, damage is done. The members love the speeches in a closed meeting, but seeing your preferred candidate bomb in a Newsnight interview sows doubt. What they are doing is storing up trouble, and they seem to know it. The moment one is elected, they will have to change target audience to, well, most of the rest of us.

4. What trouble? Neither wants to head for the shortest premiership in what tennis’s All England Club call the ‘modern professional era’. They would achieve this dubious record by having to promise the impossible. At which point, perhaps the runner-up gets the job…

5. The media isn’t that impressed with either man – the Telegraph, of course, is right behind Boris Johnson, as much brand ambassador as columnist for the paper. The Times doesn’t quite know where to put itself – seeming to like its ex-columnist Michael Gove the most, then shifting to Hunt. Others are there for the show, so long as (apart for the Mirror and Guardian) the winner is pro-Brexit. But you can see the sceptisim etched in the faces of experienced broadcast journalists as they search for clarity or a plan in interviews with these two.

For whoever gets the premiership, this last fact points towards what was referred to in Four Weddings and a Funeral as ‘the shortest honeymoon in history’.

No wonder both men have the air of someone who would quite like this to be over.

If you’d like advice on how to communicate with more than one audience, I hope you’ll get in touch. For now, though, I’ll understand if all you’ve done is get the popcorn and pull up a chair to watch the show. We’ll know the result soon enough.

Picking the right person to front up to the media, whether in times of crisis or when the news... read more