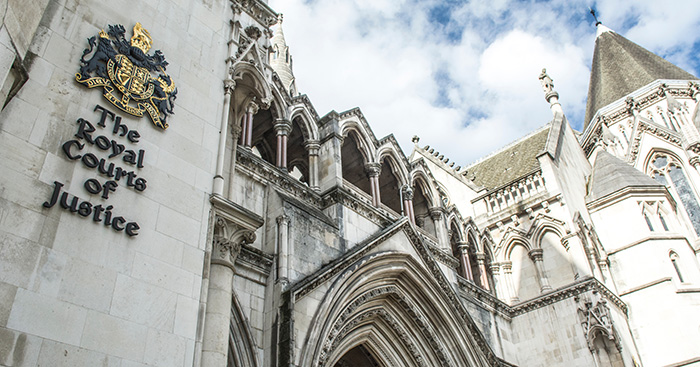 Depending on your view, it’s either the libel trial of the year – or just an awful sideshow between two millionaires arguing over who said what about something you don’t care about. But away from the lurid headlines and glamour of the #WagathaChristie libel trial, what can we deduce?

It’s time to address the big media issue of the week: Wagatha Christie.

Whatever your view, you can’t have missed some reference to it. And, to be fair, it does have one of the great nicknames or hashtags ever created. That, in itself, was a stroke of genius from whoever coined that one.

I don’t intend to regale you with every juicy titbit of salacious tittle tattle from the RCJ. Other media sources are available for those kinds of things.

But a couple of things have struck me as pertinent so far in amongst the incredible and often uncomfortable insights into the lives of the rich and famous.

Ultimately, setting aside the glamour of the combatants and the daily outfit analysis, this is a simple attempt to maintain reputations. For most in the limelight (or not) your reputation is a valuable asset, which can be built over years and lost in a moment.

There are ways to maintain your reputation and I’m not sure salacious mud-slinging from one side to the other and vice versa is necessarily the most sensible route. The ongoing, painful Amber Heard-Johnny Depp libel trial in the US – so soon after the UK round – should have at least warned Rebekah Vardy of what she might expect by taking her row with Coleen Rooney all the way to court.

Already, poor Peter Andre has been dragged into it and we have the spectacle of Vardy apologising for an article she was quoted in which should leave no-one but her feeling thoroughly ashamed. It’s inconceivable that there won’t be other examples and, if I knew either of the pair, I’d be cringing at the thought of what might make the headlines next.

Vardy will no doubt argue she has the right to defend her name in court and seek redress. Indeed, she’s right. That’s how the laws of defamation work and why they are there.

But a crucial part of reputation management depends on what communications professionals refer to as the ‘smell test’ – and I’m afraid pretty much every element of this case fails pretty miserably.

The irony is that both are seen as ‘influencers’ on social media. The pity is that no-one with any influence over them convinced Vardy to see that taking this all the way to the RCJ and playing their private lives out in front of the gathering throng of media and columnists is a really bad idea indeed.

And then there’s the inescapable challenge. As many legal commentators have already asked, and many more will no doubt follow, is this really the best use of the court’s time?

Unless you’re in the Vardy or Rooney camps, the answer is almost certainly ‘no’. Or unless you’re one of the legal teams earning a significant sum from this seemingly endless case.

And therein lines another issue. It’s often said that in cases like this the only winners are the lawyers. It’s inevitable that most people will take that view again. The reputation of the legal sector and the lawyers within it take a battering from the court of opinion once more.

What makes it worse for everyone, however, is the timing. We are in the midst of a cost of living crisis as severe as most of us can remember, with food bank use rising and daily reports on the news and current affairs programmes of individual and family hardships – a choice between eating and heating.

Timing matters in PR and reputation management teams know this can be the best advantage or the worst risk. The protagonists may not care but, outside their fabulously wealthy celebrity bubble, two millionaires squabbling in court over who said what to whom doesn’t pass the smell test when many people are trying to make ends meet.

It begs the question: why didn’t they mediate this successfully? It would have given them privacy. It could have protected their reputations? If any case needed to be kept out of the public eye, it looks like this one. Neither side will win. Whatever the verdict, both will emerge with reputations tarnished in one form or another. They chose not to mediate because they wanted it in the public eye. Not behind closed doors. Naively they both thought they would win the reputation game.

Sometimes, especially when it comes to reputational matters, knowing when to compromise is as important as standing your ground. There was none of this here.

Are journalists really your friends?

And then, there is the issue at the heart of this case. Your mates in the media.

The allegation is that Vardy fed snippets of gossip about the Rooneys’ lives to ‘her mates’ in the media. The problem now is that some of those ‘mates’ have also written about the Vardys. And it’s not all been that friendly.

It’s a harsh lesson for the celebrities in court but it’s an important one for everyone. Journalists have a job to do. And that job includes staying impartial. Many of my friends are in the media – but when they have a job to do I know I can’t use that friendship to spike the story. That’s what injunctions are for. But I may be able to buy time and get our side presented in the fairest way.

It takes years to build up good media contacts and they’re built on trust. It’s a two-way thing. Yes, we need to trust that journalists won’t print things we haven’t said but very, very few ever would and it’s even less likely in the legal world.

They also need to trust us as communicators and lawyers who help them and give them useful commentary. As the trust goes, we move those lawyers we help towards the golden position of being ‘go-to’ commentators – the chosen few reporters trust for accuracy, insight and also great copy.

Even when relationships move to friendship though, as they can, neither side can ignore their professional obligations. Journalists need to find stories and are unlikely to spike a good one just because they know someone, just as their contacts won’t tell them everything they know just because they’re friends.

Or will they? The conclusion you end up with from watching the Wagatha shenanigans is that perhaps there’s been just a bit too much information sharing with the media from both sides. And it’s now come back to bite them.

We’ll never know of course. It will remain a mystery. And I suppose the real Agatha would at least approve of that.