Lessons from across the pond: what can lawyers learn from the US election? 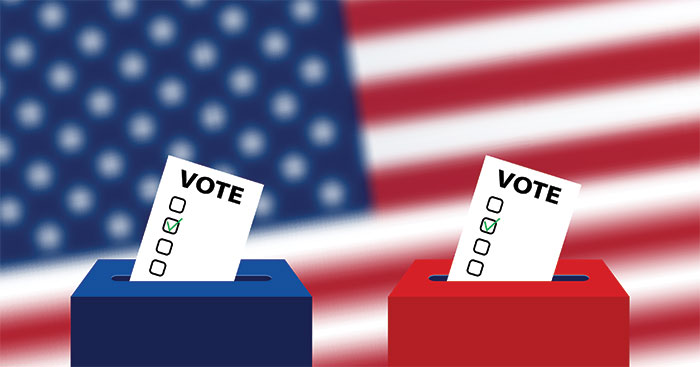 This week I appeared on an IBA panel as part of their virtual conference. The discussion centred around what the legal sector could learn from other industries.

As it’s so timely, I wondered whether there are lessons that law firms can learn from the US election? Asked what communication lessons there might be, I thought I would share my thoughts.

Rarely do two such contrasting ways of communicating go head-to-head in this way. And the question of communication style is relevant to lawyers because, when legal expertise is taken as a given, and the market is crowded, clients make decisions based on a whole range of factors.

Including whether or not they like the ‘idea’ of their lawyers.

Both Biden and Trump have an approach that lets their supporters feel like they know them – that seemed to be at the heart of it. But they go about it in very different ways.

With Trump it was through a huge volume of heavily personalised comms – the capped-up words; the syntax errors, while we might mock them, also burnished his authenticity. It wasn’t careful, bland stuff written by an aid.

Supporters are no more likely to actually meet or ‘know’ Trump than any other presidential candidate – but by seeming to take out the layers between himself and them, Trump becomes a real presence for them. He is ‘their’ champion.

They see Trump as ‘their’ advocate.

He also seems to shrink that gap by using and sharing in his supporters’ sense of grievance. That’s a powerful emotion.

And so to Biden, whose approach is very different – though not, as some have said ‘bland’.

Supporters can feel they ‘know’ him and relate to him because they can project what they hope to see on to him. He’s had a lack of detail, and relied on empathy and geniality – qualities which are harder to switch on than you’d think, especially for someone under the pressure of a bitter election campaign.

Biden does personal and relatable things – his tragic family story is what he uses in place of the Trump sense of grievance. If you watch the videos surfacing of Biden they are likely to bring an emotional tear to your eye. Compared to Trump, he hasn’t actually said a great deal in this election – at least in comparison to Trump. With the Clintons, you always got a lot of detail – worn less lightly by Hilary than Bill – but still a lot more.

Biden had a very brief career as a lawyer and chose in Kamala Harris a noted prosecutor. Maybe that affected the tone of the Biden-Harris ticket.

Lawyers whose attraction is as a ‘trusted adviser’ are appealing more in the Biden model – they don’t up the ante on arrival, but reassure. ‘Don’t worry, I’m here,’ is his message, ‘we have a good team.’

I wouldn’t take the comparisons between the presidential race and the ‘style’ different lawyers adopt much further than this. But when we look, there are lessons to learn. Especially if you compare clients with voters. It’s often as much an emotional decision as it is based on how good a lawyer your clients believe you to be. Put simply, they want to feel connected to you – and hopefully even like spending time with you. Is it possible to build a brand where you’re easy to connect to (and not just by following you on Twitter), at the same time as being top of your game in competency and skills? My answer would be yes – with the right training and support, you can be an exceptional leader, as well as being a first-class lawyer and still be the kind of person that your clients and teams can connect with.

If you want help standing out in a competitive field, I hope you’ll get in touch.

Download our ’12 mistakes lawyers make with the media’ guide