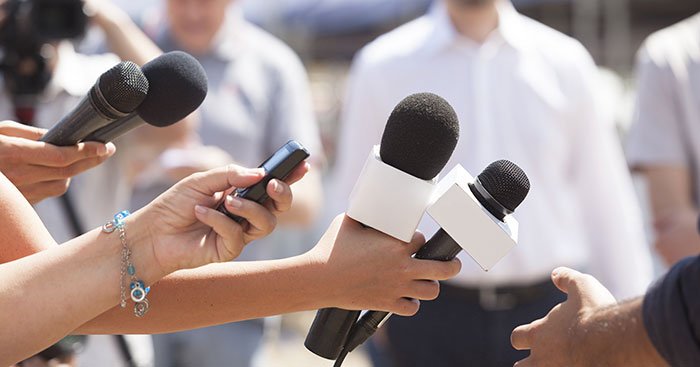 We are just 10 long months on from prime minister Boris Johnson’s election victory. Fast forward to now and a glance at the headlines and comment pieces in even the Conservative press right now does not make for pretty reading. ‘Where’s Boris?’ thunders the Spectator (which he once edited). ‘Where is the man we thought we voted for?’

The Telegraph has changed its stance from July last year where it declared the prime minister to be at the ‘beginning of a can-do revolution’ to describing his leadership as ‘months of over-promising and under-delivering’.

Now, no-one in charge at the moment is to be envied. But from a communications perspective (and comms is vital right now), I find it interesting how differently Scotland’s Nicola Sturgeon’s reputation is holding up.

If we’re arguing the toss over which nation is actually doing better, then there is not as much in it as between England and Scotland as you might think.

But the gap in perception is immense. Why?

The answer is at least in part about presentation – which is not nothing, because when nebulous things like ‘trust’ and ‘confidence’ are done well, the public may respond better to what is needed for what is, after all, a mass collective effort.

So here are a few thoughts on the comms ‘war’ being waged – Johnson loves war metaphors, and, by any measure, Scotland’s first minister is having a better one.

Sturgeon always seems very well briefed and on top of the detail. She is noticeably well prepared for speeches and the questions that follow. She is fluent and coherent.

But, I don’t in fact think this is what people always want. Johnson fought his election on his ‘feel good’ appeal – as Churchill’s grandson Nicholas Soames noted, even as Johnson threw him out of the Tory party, Johnson is amusing lunch company. I can vouch for that fact as I sat next to him once when he was editor of the Spectator and the entire table was enthralled.

Johnson’s own Churchillian rhetoric was a little like an impersonation done with friends in a pub, but it sorted the moment at the time.

But this is very different. Churchill, by his own admission, only made off-the-cuff remarks that had been well rehearsed. His famous speeches were painstakingly crafted and extremely careful.

This clarity is what people seem to want in a time of crisis. Sturgeon is careful, clipped and specific in her presentation. It might not be a style that always serves well, but my goodness it does right now. We don’t like a nerd, until we need the correct answer.

That pub-impression style of Johnson’s is a little harder to swallow, now that the odd trip we get to a pub feels so very different.

Seeming ahead of the game

When Scotland is said to be ‘ahead’ of England on Coronavirus response, it is often based on a difference in response that can be measured in hours or a few days at most. The restrictions and controls are not that different.

But a measure here or there has been successfully presented as Scotland being ‘ahead’. This idea has taken hold, and a lot of commentary now sees events in this light.

It’s proving hard to shake off for Johnson’s government. Sturgeon did well to establish this idea early, through fairly small steps.

Johnson likes his Blitz rhetoric, and you could bring to mind the Noel Coward war song ‘London Pride’, in which the Blitzed capital stood as one ‘from the Ritz to the Anchor and Crown’.

I think this did hold good at the start of lockdown. One key event that shattered this was Dominic Cummings’ decision to break lockdown when it suited him – and he was backed 100% by Johnson.

This created, of course, the idea of ‘one rule for them, another for us’. It fuelled resentment, and supporters of ‘taking back control’ were not ready to have a sense of grievance used against them – they have become used to exploiting grievances. Now they are on the receiving end.

And Sturgeon, of course, had the contrasting event – of losing a chief medical officer who travelled to a second home that was of a distance from Edinburgh that some would commute from.

No matter, Scotland’s chief medical officer went. Again, the contrast has been hard to shake.

Yesterday’s Guardian (obviously no friend to the prime minister) noted that his ability to ‘read a room’ has been one of his strengths.

But right now, in terms of how he comes across, it seems obvious that it is just ‘a’ room he knew how to read. The furniture and the view out the window has changed.

Right now, Nicola Sturgeon seems to be the one dressed to match the sofa, the cushions and the curtains in the room, and also apparently better prepared to greet the challenge she’s spotted coming up the path.

Stay safe out there, and if you’d like advice on how to prepare for a communications challenge, I hope you’ll get in touch.