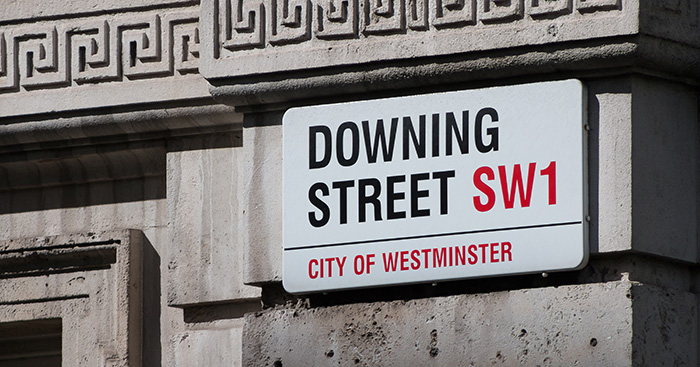 The Conservative leadership campaign has offered an unintended buffet of mistakes and blunders to learn from, says CEO and Founder Melissa Davis. In the reputation stakes there’s something for us all to learn as we live our lives through the lens of digital media.

As communicators, we’ve been watching this one closely, increasingly in disbelief and sometimes through our hands when it becomes too tortuous.

Just imagine, for a second, that this was a law firm and the candidates, rather than politicians, were your colleagues angling for the Managing Partner job.

Imagine watching your Head of Corporate destroying your Head of Real Estate’s reputation while your Head of Private Client points out both of their failings in their departments and then proceeds to explain how they, despite being on the Board for years, actually had nothing to do with any of the problems that occurred in that time and they were the ‘change’ candidate.

Fancy any of them to be the next leader of your business?

But that’s what we’ve witnessed. However, as ever, every cloud has a silver lining and it has given us all some great ‘how not to do it’ examples whenever we need them in the future.

It’s been like a reality TV show from the start and it’s hard to believe that they even agreed to do it. Why would you let a bunch of obviously ambitious, ruthless self-interested politicians who seem to have forgotten they’re all on the same side knock lumps out of each other live on TV, the news and social media?

And if that wasn’t bad enough, the number of obvious and avoidable mistakes has been astounding. I’ll run through a few here but I’ll have missed some. It’s been as hard to keep up as it has been to keep track of who was where in the pecking order.

The proof is in the pudding

Where on earth do I begin? Well, let’s start with the last two candidates – former Chancellor Rishi Sunak and Foreign Secretary Liz Truss. Both ‘big beasts’ in the party but both of whom have teams who clearly can’t proofread things before they go live.

#ReadyforRishi led the way in a video in which he espoused one of his key attributes as having a keen eye for detail. Good thing in a possible PM you might think. Except… he was sat in front of a screen in which the word ‘campaign’ had been mis-spelled. Ouch.

Not to be out-done however, Team Truss raced back with an impressively quickly released tweet as soon as she was confirmed as having made the last two, promising that she would ‘hit the ground running’ if she became PM.

Well, that was what it was supposed to say. Sadly or hysterically, depending on whose side you’re on, someone left out the word ‘running’, leaving our wannabe PM (she of the must-watch Pork Markets meme, let’s not forget) promising the UK she would just hit the ground. Again, ouch.

So, lesson one for today, avid reader. Doing things quickly in social and media land is good but not at the expense of a proper check on what you’ve actually said. Team Truss may have deleted it but not before people screenshot it. It’s now there forever. Less haste etc…

We’re just warming up, however. The last candidate to be booted out by the parliamentary party before the final two, Penny Mordaunt, tried really hard on a campaign video. But it couldn’t prevent one glaring error that this PM hopeful’s team made (we presume she didn’t make it herself).

Was that the disgraced former paralympian Oscar Pistorius we saw in that shot? Surely not. He’s in jail for murdering his girlfriend. Right, that will need editing.

Then, British paralympian Jonnie Peacock replied to the video posted on Twitter with the words: “I officially request to be removed from this video… Anything but blue please.” Not exactly the endorsement poor Penny was looking for. Other complaints followed and the video had to be re-edited.

Misery for Mordaunt. But all so painfully avoidable. The lesson from this one is obvious: we all love videos these days as a means to promote our businesses, but there is one golden rule when using stock or library footage – you have to check the rights on those and make sure that you can use images of anyone you choose to edit into your videos. A basic rule Team Penny ignored.

Video needs to be short and snappy

Short-term and somewhat surprise candidate Rehman Chishti burst into the spotlight with his unexpected bid to be leader of a party where even some of his colleagues admitted they didn’t even know who he was.

But at least he did it memorably. Just, sadly for him, for all the wrong reasons. Not for Rehman the polished, professionally-shot and edited video. Refreshingly, he went back to basics. So basic in fact that he went into his garden, stood over his phone and recorded his video.

Apart from being an appallingly bad video because he was seemingly towering over us and all we could see was his chin, he also managed to switch it off before he’d finished recording – and then posted it anyway.

Lesson time: during the pandemic, quick home videos became a staple of the way in which CEOs, Managing Partners and other senior managers could communicate their messages from their home offices, kitchens and gardens. All you needed was a phone.

People still do it and, done well, they can be great. But think of the angle and make sure you’re properly framed and not staring down from on high before you begin recording. And don’t switch them off before you’ve finished. (One other key pointer here – keep them short. Filming five minutes to a phone is impossible. Watching that five minutes is even worse for everyone.)

Finally, we get to the debates between the final two and oh my…

‘Interrupting Rishi’ probably wasn’t the new nickname Sunak’s team were planning but that’s what we ended up with. Put that against an entire election campaign’s worth of free hits at the Government, provided for opponents BY the Government’s next leader, and the debates have been an utter disaster.

They ended, without wishing to sound unsympathetic, in turmoil. The presenter of the final debate fainted. I think we all know how she felt – though it’s a relief to know she was ok.

We’ve all had some great free lessons from this past couple of weeks. But one key message remains.

Liz Truss has been accused of copying Margaret Thatcher in some of her recent outfits and photo shoots. But the most important comparison for her and us is this – in Mrs Thatcher’s time, we didn’t have 24-hour news, social media and the internet. Images came and went and were less accessible.

Now, everything we produce, everything we post and every photo we share is there forever. That’s a huge positive in many ways but it makes it more and more important that we get it right first time. For the sake of a few minutes, getting someone else to proofread could save embarrassment.

I doubt some of the people behind the candidates’ gaffes will forget that. Nor will social media or the internet.

Enjoy the rest of the campaign. Whatever your politics, it’s compelling viewing and perhaps we should all remember that in A Midsummer Night’s Dream the lines between dreams and reality are blurred… this is all real life so don’t make a donkey of yourself on social media where it can be shared, commented on and stay around forever.