Can ‘where’s Boris?’ be a winning game? 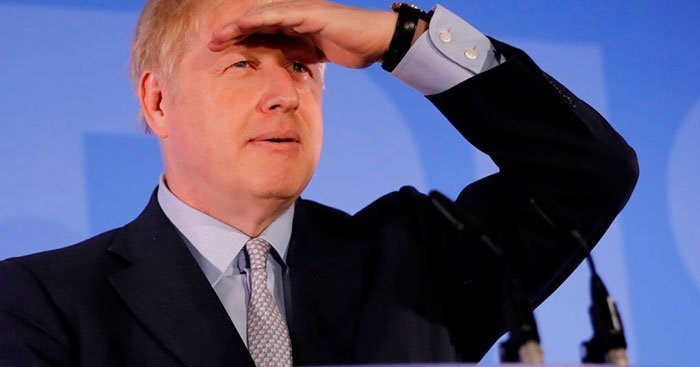 The ‘Where’s Wally?’ pictures have quite a following. Wally (stripy bobble hat and matching scarf) is always the same – smiling and waving from within a hugely detailed illustration. It’s aimed at young children, but as an adult, it’s hard not to get drawn in.

Wally can, of course, always be found. Unlike Boris Johnson.

I’m not concerned here with the question of whether Mr Johnson would make a good prime minister and leader of the Conservative party, but with his PR strategy.

Put simply, the former foreign secretary has decided the press should, mostly, not find him. He’s shunning interviews, and walking mutely from home to car to what events he must do.  His charm usually rests on seemingly unspun off-the-cuff humour and observations – a strikingly unusual, sometimes controversial, turn of phrase.

Now he’s switched to tightly controlled statements, and not very many of them. If he’d started off like this, he’d be a nobody. So is he wise to do it now?

As others have observed, he is doing this because he is the frontrunner in a crowded field. If nothing he has said before has damaged this position, he’d like to freeze the picture.

Saying nothing, he gambles, might just do that. Or will it?

1. The time span matters here. He probably loses respect, and the sense that he’s a ‘fighter’ who can take on the EU to achieve the impossible, every time he walks, mouth zipped, between expensive car and stucco-clad building. He has decades of gabbing in the bank, but he draws on that account every time he avoids a verbal encounter. He needs to win this way before he is in overdraft.

2. The press assume he is hiding something. If he is, maybe this is the right strategy.

3. Is he respecting the Conservative party members whose votes he needs? I think they’ll be discomforted by Johnson’s mute performance – he is though feeding them through his Daily Telegraph columns. The gamble is that those columns are enough.

4. He might have taken a position it’s very hard to change if things get tougher for his campaign. All the pundits know he’s shunning scrutiny because he’s ahead. If something prompts him to change tactic, it will be assumed this is a sign of weakness – whatever has developed has weakened his candidacy.

5. His non-appearances have changed the story – at some level, they risk becoming the story. Theresa May ran a dreadful 2017 general election campaign – one of its key faults was the tight control that obviated the need to meet the actual public. She declined party leaders’ debates, deciding she was so far ahead it didn’t matter. A landslide,  she thought, awaited – is Johnson’s memory that short?

6. Avoiding journalists and opponents doesn’t stop all scrutiny. Absent an easy-to-arrange interview, the press are likely digging around his personal life. A mild Johnson gaffe is a cheaper headline, but they are being denied that. But do they have time to unearth a real skeleton, assuming there is one (or more)?

It is often observed that the frontrunner never wins a Conservative party leadership contest. The past is a bad guide to recent political events, and Johnson might just reach his goal.

But the absence from places he is normally happy feels high risk. It’s generating questions about his life and personality that weren’t being asked as loudly before. The risk is that a ‘Wally’, being findable, starts getting the coverage and pulls ahead.

Since sitting down to write this, Johnson, while sticking with his original refusal to do Channel 4’s leadership candidate’s debate, has decided to take part in the BBC’s. Has his team realised the risks that attach to hiding? We shall see.

If you’d like advice about when to speak, and when to keep schtum, I hope you’ll get in touch.