Colin vs Cuthbert – whose side are you on? 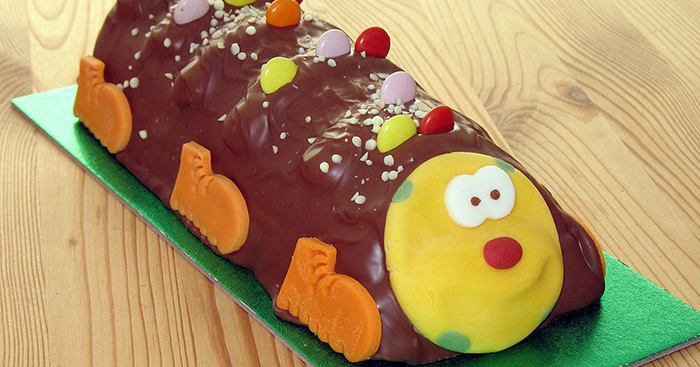 It’s the big legal battle which has got everyone talking. And it’s all about caterpillar cakes. But as our founder Melissa Davis writes, it’s outside the courtroom where the real blows will be landed in the reputation and brand skirmishes.

What’s in a name, they often ask? And that’s certainly been on many people’s lips these last few days. Along with the other, previously unknown, question. What’s in a caterpillar name?

Two rather ordinary names which this week have rocketed into the public consciousness in what will surely become known as Caterpillargate at some stage. Surely? Seems a shame if not.

Anyway, in the traditional corner: the mainstream mainstay Marks & Spencer. Facing them down from the challenger corner – upstart Aldi.

And right in the centre of it all – Cuthbert. An Aldi chocolate caterpillar cake and a relatively modest figure to be the centre of all the attention, but now facing accusations that he’s just a bit too similar to M&S’s Colin.

All seemed relatively calm in the ongoing supermarket price wars at the start of the week until M&S lit the blue touch paper. You could, and I will certainly will as I can’t resist it, say it led to (Marks &) Sparks flying as a result.

I’m sure that in the hallowed halls of M&S HQ, the decision to launch legal action over Cuthbert the chocolate caterpillar cake was well considered and decreed to be the right thing to do. Protecting the brand and reputation and all that.

So, the traditional retailer took a very traditional route. Threats of legal action against Aldi – and presumably Cuthbert himself – followed. Surely, the M&S team must have thought, Aldi will back down. Cuthbert will be no more.

Well, no. You see, the problem is that challenger brands don’t think like that. They don’t have to. Their entire raison d’etre is to be different to longer-established brands. Any chance to pit themselves against the bigger brands is one to be seized on.

And that’s exactly what Aldi has done. Brilliantly. Search ‘Cuthbert’ on any social media platform and you’ll soon find that #FreeCuthbert is trending. We’ve had images on Aldi’s social accounts of Cuthbert with ‘new packaging’ – complete with mock prison bars on his face.

It’s basically been an open goal for the Aldi PR and social media team and they haven’t missed the opportunity. They’ve been bold, they’ve been funny and they’ve been consistently ahead of the game.

Marks and Spencer became ‘Marks and Snitches’. Probably not the brand reputation M&S had in mind when it called in the lawyers. There have been mock courtroom images of a confused Cuthbert in the dock flanked by security guards. And Aldi of course didn’t miss the opportunity to point out that its chocolate creation had been found guilty … of being delicious.

And it also didn’t miss the chance to point out that other supermarkets have got their own ‘Cuthberts’. (Or are they ‘Colins’? Mustn’t get my caterpillar cakes confused.) In the process, Aldi also managed to point out that M&S had picked a fight with a ‘smaller’ brand and not gone after one of the Big Four.

As Aldi continues to share its #FreeCuthbert posts far and wide, the issue has been picked up by the public. And guess whose side they’re on?

Yep. Nothing against Colin but the country has come down firmly on Cuthbert’s side. And you can bet your bottom dollar that sales of Cuthbert have gone through the roof.

Whether or not M&S ‘win’ in their legal manoeuvrings, Aldi now really can’t lose. If Cuthbert has to be replaced, it’s guaranteed he’ll be replaced by something else with a fanfare and sales of that product too will be strong.

But in the brand and reputation battle, M&S has been outsmarted. It looks like an older, more established business struggling to come to terms with newer, more agile competitors. Pin-striped suits and brogues against jeans and trainers. It’s not a good look.

And that’s the lesson from this otherwise fascinating story in the last few days. There’s more to consider than just the legal position. In the law courts, you may hold the whip hand but, in the court of public opinion, different rules apply.

M&S will no doubt be frustrated that their perfectly proper legal challenge has been treated with something approaching glee from the defendant. But Aldi has won by focusing entirely on the PR and reputation battle.

The key question is this: which cake would most people choose to buy now? Colin or Cuthbert? I guarantee most would choose Cuthbert.

Free publicity to go with the Free Cuthbert hashtag? For Aldi, it turns out you can have your cake and eat it.

A message from our CEO Melissa Davis as she announces the new partnership team at MD Communications for 2022. It... read more

How do lawyers get noticed in the media? Our new partner Steve Rudaini explains why plain, easy-to-understand language is... read more

Our Digital Director Emma Maule looks at how your firm can exploit the opportunities that social media offers to better... read more