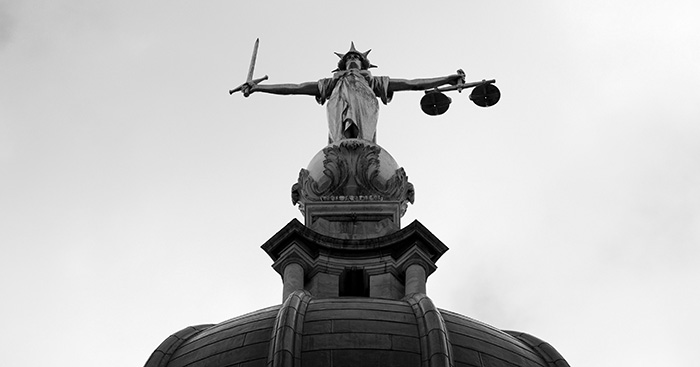 Our CEO Melissa Davis discusses the latest attack by the government on the UK legal system.

Sometimes, I can’t believe what I’m about to write. This is one of those days.

Imagine a country where the two representative bodies for barristers and solicitors had to issue a joint statement urging the government to ‘stop attacks on legal professionals who are simply doing their jobs’.

Imagine a world where preventing the government from breaking the very laws it is supposed to uphold leads to accusations of being ‘lefty lawyers’ and ‘woke’ – just for making sure no laws have been or can be broken.

Or one where a country’s highest court ruled in favour of the government but still included in its statement a defence of the lawyers who brought the challenge, saying they ‘were performing their proper function of ensuring that their clients are not subjected to unlawful treatment at the hands of the government’.

The law under fire

This is a UK legal system under attack from its own government like none of us can ever have seen before. This is a challenging time to be in the legal profession. Lawyers have become ‘enemies of the people’, as one of the country’s biggest newspapers, screamed from its front page about judges not so long ago.

Our sector’s crime? To hold truth to power. To test whether increasingly controversial – some would say dangerous – government legislation and policies are even legal.

Think about that. Making sure the government doesn’t break its own laws or, increasingly, international laws established for decades and adhered to across the globe by all but the most rogue of states has become cause for attacks – not on those breaking the law but on those seeking to uphold it.

Now, lawyers have never been top of popularity lists. As long ago as the 16th century, Shakespeare’s Henry VI Part 2 included a line – we believe in jest – suggesting ‘let’s kill all lawyers’. But that was 500 years and more ago.

The UK has long prided itself on being the mother of all parliaments, a country where democracy and its institutions are prized above all. What we have seen in the past week in particular and the past few weeks more generally is nothing short of an attack on all of that.

This week, the Bar Council and the Law Society issued their statement in response to comments from the prime minister, who suggested lawyers bringing legal challenges against the government were somehow not doing their jobs.

The ECHR then blocked the government’s highly controversial first flight taking refugees to Rwanda – a policy criticised by no lesser group of people than Prince Charles, bishops from the Church of England and the UN, adding to widespread horror and opposition across the political spectrum.

The dramatic eleventh-hour ruling has prompted two things: an attack on the legal sector again and, perhaps even worse, demands for the UK to leave the ECHR, a framework and institution devised by Winston Churchill and drafted almost entirely by British lawyers – damn their eyes – in the wake of the horrors of the Nazi occupation of Europe, the holocaust and World War 2.

I’m afraid I’m not finished. This same week, the government has also issued its plans effectively to rip up the agreement with the EU signed and presented as a great deal not so long ago. The EU has already declared that doing so would break international law.

It will be challenged. It should be. And the government will almost certainly struggle to pass legislation through the House of Lords where, among those sitting, will be a number of eminent legal minds.

But one thing, sadly, seems inevitable. If it fails, almost certainly when it fails, the legal system will again be in the firing line.

Facing down the critics

I try so hard not to be political when I write but this is one of those occasions when it’s almost impossible.

What we have seen in the past few days has, at the very least, damaged the UK’s long-standing reputation. Attacks on the legal sector, our courts and our lawyers, only increase that damage on a proud history of fairness and of the rule of law.

I’m proud to be part of a legal sector which remains the envy of much of the world, whatever a few headlines, populist politicians or commentators want to claim.

I’m proud of the work lawyers do in this country and internationally every day.

The rule of law matters. Those who uphold that also matter. History teaches us that when the courts are bypassed or controlled by governments, it never ends well.

So please, to all those lawyers who have challenged or will challenge the government and other institutions who break the law, I have one simple question: will you please carry on?

Asking for a nation.