As social media mistakes go, this one was, well… a bit of a whopper 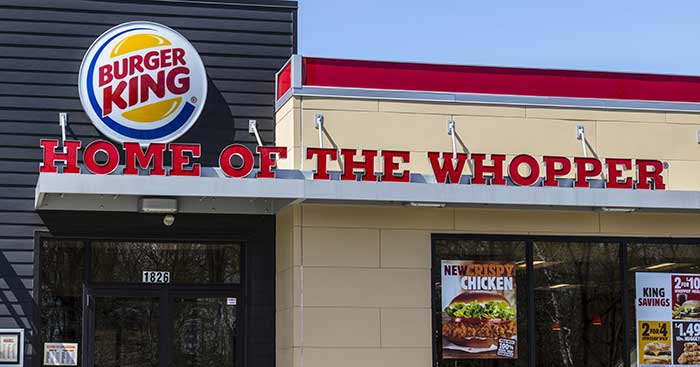 Our CEO, Melissa Davis, looks at the perils of not thinking before posting on social media, after Burger King’s misjudged International Women’s Day tweet.

In amongst all the positive, supportive and often inspiring posts on International Women’s Day, in tune with the theme of #ChooseToChallenge, one post stood out. Sadly, not for the right reasons.

Enter Burger King. Until this week, a brand best known for its burgers and some occasional special media posts which have raised a smile.

‘Burger King roasted for Women’s Day tweet’ probably wasn’t the headlines the fast food firm had planned for when they decided to post about IWD. That was, until it posted this:

And so, the kind of Twitter storm no-one wants erupted. Burger King was, with literally no apologies to its marketing department for using one of their key terms, flame grilled by the reaction within minutes.

Too clever by half?

In the interests of balance, I should quickly get to context here. BK had in fact intended to highlight the disparity between the number of male and female chefs in the industry.

The offending tweet was followed up with others, including the very next one which said: “If they want to, of course. Yet only 20% of chefs are women. We’re on a mission to change the gender ratio in the restaurant industry by empowering female employees with the opportunity to pursue a culinary career.”

But the damage had been done. Many observers were quick to point out that the BK team had in fact fallen foul of something actually quite simple: trying to be too clever.

In a written statement issued shortly afterwards, a spokesperson – probably feeling a little crestfallen – said: “Our tweet in the UK today was designed to draw attention to the fact that only a small percentage of chefs and head chefs are women. It was our mistake to not include the full explanation in our initial tweet.”

How many people actually saw that quote though? And of those that did, how many actually changed their opinion?

I’d guess not that many. The brand damage for something like that can’t be unpicked with a few words. At least BK didn’t try to make excuses but that’s clutching at straws.

The reality is that the BK team have just written themselves into hundreds of social media training sessions for years to come. Will it stop people buying their burgers? Probably not, certainly not in huge numbers. But nor will it do them any good.

Even though the intention was good, the delivery couldn’t have been any worse.

You have to wonder who the 38.7k people were that liked the tweet but the most important number is probably one we’ll never know – how many people at BK HQ checked what was going out and agreed it?

The answer is obvious: not enough.

The odd anarchic tweet, carefully chosen, can work. Accounts like Paddy Power have made their name on social media for it. But this one went too far and should have been stopped long before it went public.

And that’s where a good PR team comes in. Whether an in-house team or a good agency, the PR function in a business should always be the first set of external eyes on anything the brand is wanting to say publicly. The PR team and the social media team should always work together.

It’s not always an easy job. More than once I’ve played devil’s advocate only to be asked ‘whose side are you on?’ But it’s a vital check on what creative teams might have come up with.

Imagine if someone had pointed out to the BK social media team that those five words were about to become memorable for all the wrong reasons. That maybe this wasn’t the time to be too clever. That the message would be lost, as it was.

Unfortunately, it feels like the first thing the PR team knew about it was when the grilling began – and not in the firm’s outlets. On Twitter. In front of millions. And into the media.

Next time, you’d hope the social media and PR teams have a chat. Consider all the potential implications and interpretations. And maybe draw breath.

If there’s one takeaway from this one, then the need to think before you tweet is the biggest one.