How to manage your firm’s reputation during turbulent times 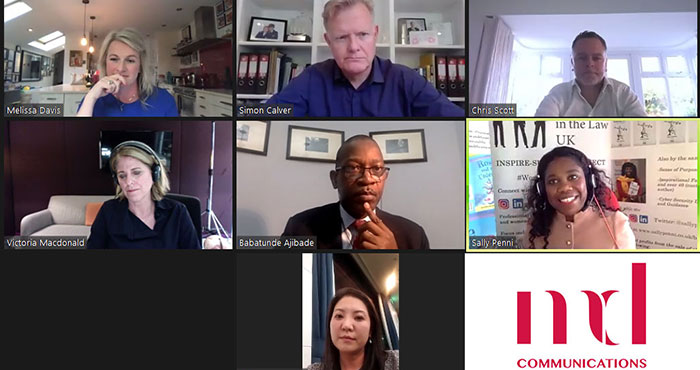 This week we hosted six illustrious speakers at our reputation webinar. Up for discussion was how to protect your brand during turbulent times, looking at the UK government’s and legal sector’s reputation, press interviews that went right and wrong, the risks associated with social media, and how important it is that we all get diversity right.

UK PLC – how has the government handled the pandemic?

On hand to lend the media perspective was Victoria Macdonald, who led the opening discussion around the government’s handling of the pandemic. Messaging was the first topic. All panelists concluded that the message had been poorly managed, with people more confused than ever about what the restrictions were, and the government refusing to be interviewed by Channel 4, a public service broadcaster. “We haven’t had the access we should have had, and this is … more of a harm to the government,“ said Victoria. She noted that at the start of the pandemic, people thought the English government was doing the right thing, but now public confidence has fallen, in sharp contrast to the other three UK nations.

Simon Calver considered whether, if looking at the UK government as a brand, there might be any times when a brand should not be interviewed and would there be any learnings for the legal sector around how it has portrayed itself: “The challenge with corporates, is that you’ve got to stop being a big corporate and start empathising with people about what the issue is.” He lists the biggest mistakes: being in denial or saying no comment, as this will “ultimately come around to bite you.” His advice is to apologise if you’ve done something wrong, demonstrate that you’re in charge, and cascade communication to all stakeholders, then work on solutions and, finally, thank your customers for their support.

Sally Penni thought that the pandemic had adversely affected women, who had to do the job of parents, and teachers as well as their everyday work, and that lack of abiding by the rules from senior government officials had not encouraged the public to do so, which has led to a spike in cases. Babatunde Ajibade spoke as a lawyer based in Nigeria and gave the outside view – pointing to an ongoing trust and credibility issue – he thought that lack of consistency with handling the crisis and the messaging has contributed to this narrative.

Threats to the reputation of the legal sector

The first poll on what the biggest threat to the reputation of the legal sector was – lack of diversity, not being agile enough, or bad leadership – revealed close results, with bad leadership winning by a small margin.

Claudia Hong, speaking from South Korea, said that being agile was key, and that the challenge for legal professionals would be to innovate – the winners in the new normal will be decided by the difference between “those who choose to adapt and those that don’t”. Chris Scott, a leading London-based reputation lawyer, thought that agility was vital, but also that it doesn’t just spring up, nor does diversity – it’s only when business leaders make an effort.

Simon remarked that as a leader, you need to be agile and be able to put in the talent, people, training, and infrastructure to demonstrate that you can cope in times of crisis. Babatunde agreed, saying that the way a leader responds in times of crisis is critical. Sally believed lack of agility is the biggest threat and pointed to the need for innovative ideas to deal with crises. However, she also highlighted that there may be benefits to this new way of working, including cost savings, and that firms need to consider how to adapt.

The major theme that ran through the discussion was the importance of building reputation into your risk management strategy. While nobody can predict everything, what you can do is plan for scenarios. It’s this planning that identifies risks early on, before an issue arises, and gives firms the opportunity to develop responses in advance. Developing a crisis communications strategy will enable you to plan consistent messaging which will in turn demonstrate control and build trust during a crisis. It will also enable you to identify empathetic spokespeople and provide them with the right training.

Spokespeople and the media

The next poll looked at whether the audience or their firm would be prepared to be interviewed by the media tomorrow. 57% thought that they would need help with messaging, while 7% said a flat-out no.

Simon’s advice, after steering the ship at Mothercare, LOVEFiLM and Pepsi, was that the most senior person was not necessarily the best spokesperson, as there is a need for someone to create empathy and be succinct about key issues, as well as having a dry run using different scenarios.

Chris would occasionally recommend to his clients to not take an interview, for example when you are still at the evidence gathering stage. However, he noted that “if you have a reputation issue, journalists aren’t the problem, the issue is the problem.”  Sally added that as a barrister who is used to cross examining, it can be difficult to be on the other side, as you’re not sure what the journalist’s end goal is.

The final poll revealed that 87% of the audience thought that social media posed a medium or high risk to reputation. Chris pointed to the ability to publish anything and the speed that fake news could get disseminated, but there are easy ways to reduce risk, as most events are not unprecedented – they are entirely predictable, so firms should conduct scenario planning around high-risk events to have a crisis plan in place.

Victoria agreed that social media had been a gift for journalists, with the democratisation of opinion, and the ability to access people who they wouldn’t have been able to before.

Babatunde and Claudia both spoke to use of social media in their different jurisdictions, saying that each of their countries had a very active social media presence, but that there were dangers with false information moving so quickly. Claudia noted that use of social media in South Korea is huge with 95% of the population owning a smartphone [in the UK, the figure was only 79% for 2019], but there was concern in the region’s legal profession about how much to share, whether content was being read, and whether the platforms were being used for a proper exchange, rather than just a broadcast tool.

The topic of diversity featured throughout the webinar. The panel spoke about what diversity meant to them – they believed that diversity means different things to different people, and that the situation would get worse because of the economic climate, especially in the case of social mobility. The challenge for leaders now was to make a conscious effort to unite communities, whether this was local or across the professions, so that any gaps can be bridged.

My conclusion was that we all have a part to play – with our personal and corporate brands – to unite over diversity, to improve our communities and to make the legal sector a better and fairer place to be part of. We are all responsible to ensure the reputation of the legal sector is protected.

We are all navigating uncharted territory at the moment but, if my experience has taught me anything it is that during turbulent times there is always the opportunity to come out the other side with a stronger reputation than you had before.

If your firm needs support to develop consistent messaging, help to prepare a crisis communications plan, or your spokespeople need media training get in touch with our calm, robust and experienced team who can provide advice and support.

Our reputation guide will be launched in the coming weeks please sign up here for a copy.

Find out more about our social media training