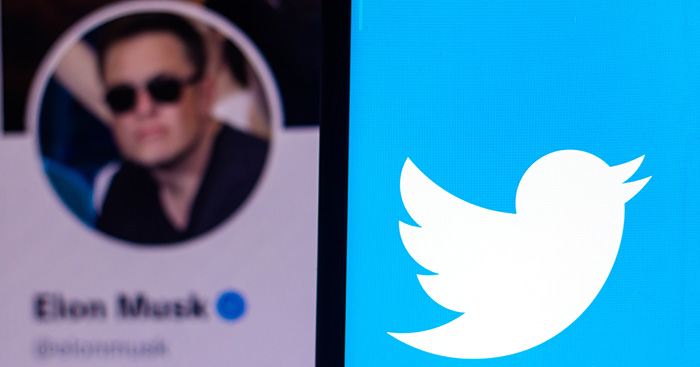 Remember MySpace? Will Twitter be the next to be ‘cancelled’? Our PR, Marketing and BD Director David Standard looks at why Elon Musk would do well to remember the unpredictability of the social networking sector.

It cannot be easy being the richest man on the planet. What is there to do every day? For Elon Musk, it has been conversing, usually while on the toilet, to his 81.5m followers on Twitter.

So it’s no surprise that the 50-year-old South African could personally control the planet’s most pervasive form of communication should his bid of $44bn for the platform not be thwarted by regulators. But will his efforts to ‘make Twitter better’ lead to its undoing?

Like it or loathe it, Twitter is one of the primary means of disseminating and receiving information worldwide. Nearly 40% of the world’s population aged between 25 and 34 use Twitter. Broadcast and print media cannot hold a candle to the micro-blogging site. Presidents suffer when Twitter decides they can no longer give opinions on the platform.

So it’s clear why someone with the means to buy and control the world’s most effective communication platform would find it attractive, especially when previous interactions have caused them a great deal of embarrassment and money.

Free speech or lack of accountability?

Musk on Twitter has resulted in business disclosures leading to expensive investor backlashes, currently in the courts. He has referred to an innocent British cave rescuer as ‘the ‘pedo-guy’ for having the temerity to mock Musk’s unfounded confidence in a mini-sub to rescue numerous children stuck in a Thai cave.

Therefore, we must view Musk’s commitment to ‘free speech’ through these comments. He has called himself a free speech absolutist in the past, but as many have pointed out, he seems to want not so much free speech but rather a lack of accountability. The Australian lobby group Digital Rights Watch said:

“Musk’s proposed approach to content moderation will likely make Twitter a less safe place for many people to speak freely while allowing powerful disinformation and propaganda campaigns to spread unchecked.”

But, let’s take him at his word. How much free speech can a company take in the 21st century before it starts to lose users and, more crucially, advertisers?

Will a person’s race be the first place where there are no barriers to opinions or language? Maybe sex, gender and sexual orientation will be a no-holds-barred discussion. Where will Musk draw the line at what we can and cannot say about women or those with a disability?

Many conservative tweeters seem to think Musk is their man and have celebrated the news of the takeover. Jim Jordan, a member of the Freedom Caucus of conservative House Republicans, tweeted: “Free speech is making a comeback”.

But, what will the response of the right-wing conservatives be to even the lightest touch of regulation? Because there has to be regulation on a platform that receives $4.5bn in advertising.

Twitter has to have rules, or brands will leave the platform faster than Musk can enter space. Nestle, the platform’s largest advertiser, will not want to find themselves alongside the kind of hate speech that many on the extremes think is their god-given right.

External regulation will also impact an unfettered platform. The US Government has vowed to curb the power of the tech companies. In response to Musk’s Twitter bid, Jen Psaki, the White House spokesperson, said that President Biden “has long argued that tech platforms must be held accountable for the harm they cause.” The EU has also warned Musk that Twitter must “comply with our rules” or face sanctions.

Unpredictability of the sector

Twitter is by no means the largest of the social media giants. It sits in 15th place by numbers of users, dwarfed by Facebook and recently overtaken by new entrants, including Tik Tok. Would a lack of regulation and the resulting loss of ad revenue and user numbers inspire one of these better-placed rivals to change its platforms to compete more directly with Twitter for the micro-blogging crown?

Musk would do well to remember the unpredictability of the sector. Audiences of millions can be lost overnight through scandal, fashion and competition.

By promising to remove what he sees as the shackles of regulation, he will be held hostage to those who occupy the rabid extremes of debate in the US and worldwide, while the rest of us can delete an account instantly.

Removing accountability for people’s actions under the umbrella of ‘free speech’ is to be blind to the consequences. It could ultimately kill Musk’s $44 billion golden goose.