What football can teach you about consulting your clients 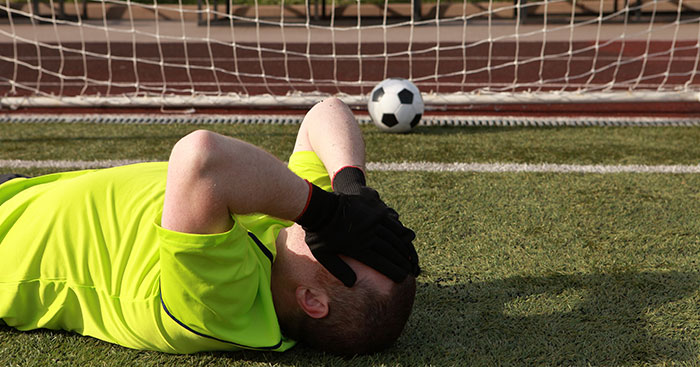 Founder Melissa Davis looks at why the 72 hours of the ESL was a good thing for fans and customers and a PR nightmare for the owners who marched their clubs proudly to the top of the elite football hill  – only to have to beat a hasty, humbled retreat just 48 painful hours later.

Football has certainly felt like a game of two halves in the past 72 hours.

On Sunday, pretty much out of the blue, six leading English clubs kicked off a huge row by announcing they’d be part of a new, and highly controversial, European Super League.

To say the news was met angrily would be the understatement of the year. By this morning, all six English clubs had pulled out, begging the question – what on earth were they thinking?

Everything about the announcement on Sunday smacked of misplaced confidence. Although the idea of a European Super League (ESL) had been kicked about for years, the announcement came from nowhere.

It took everyone by surprise including, remarkably, the players, the managers, and – in what would prove to be the real misjudgement – the fans of all 12 clubs.

In a fairly stark statement, the organisers, led by Spanish giants Real Madrid, immediately pointed to the financial challenges posed by the pandemic and how the ESL would guarantee the 12 founder clubs more money to repair their finances. Appropriately enough for an idea rooted in Spain, that proved a red rag to a bull.

All 12 clubs were accused of greed and arrogance. Liverpool’s bemused players – still none the wiser for where on earth this had all come from – had abuse hurled at them as they arrived for their game on Monday night at Leeds, whose players wore t-shirts in the warm-up pointedly saying: “Earn it. Football is for the fans”.

While the owners of the clubs themselves, many wealthy individuals from outside the country where their clubs are based, maintained their silence, former players, fans groups and others took to their airwaves to condemn the plans, which they claimed would kill football.

Then we had the bizarre spectacle of both the Liverpool and Manchester City managers – Jurgen Klopp and Pep Guardiola, two of the most successful coaches in the game – publicly stating they were against it and had known nothing about it. The Liverpool captain, Jordan Henderson, called a meeting of the Premier League captains. Guess what? They were against it too.

And even the Prime Minister got in on the act, with Boris Johnson – a man previously best known in football circles for his ‘tackle’ in a charity match which became a meme – saying he’d do ‘everything he could’ to stop it happening.

A quick half-time team talk from the founding English clubs after a bruising first half and the inevitable happened. First Chelsea announced they’d be pulling out – to cheers from more than a thousand fans who’d gathered outside Stamford Bridge to protest about their club’s involvement.

Then Manchester City announced the same and by Wednesday morning, we had the news that all six English clubs had substituted sanity for their ESL dream, ready for a second half where they seek to repair their tattered reputations.

Building bridges with their own customers

The biggest winners in all of this have been the fans – the customer base on which football, for all its glamour and money, still relies.

Manchester United CEO Ed Woodward has already announced his resignation in the face of the reaction from his club’s fans, and he may not be the last senior figure to have to fall on their sword.

The beautiful game became the brutal game overnight. Finding anyone to support the idea of the ESL was almost impossible. Fan power won out in little more than 48 hours.

The lesson for any business is simple – never ignore your customer base or take them for granted. No matter how strong a brand you are in your market, your customers will always be number one.

The reaction this morning from fans shows that the six English clubs have a long way still to go to rebuild those relationships. The owners of each club are the target of the vitriol and many may now feel they would be best to sell up and move on.

Interestingly, the clubs emerging with the most credit in the past few days have been the handful who turned it down – kudos to last season’s Champions League winners Bayern Munich and beaten finalists Paris Saint Germain.

The German football model is now in the spotlight, where their 50+1 structure ensures fans always have the majority ownership and, therefore, the majority say. The dozen clubs who tried to restructure football may yet get their restructure – but in a very different way to how they’d planned it.

The past 72 hours have shown that money may talk in sport, but fans shout louder and longer. The same will always apply in other markets too. When it all comes down to it, the customer is still always right.