What we can learn from Burger King’s latest PR error 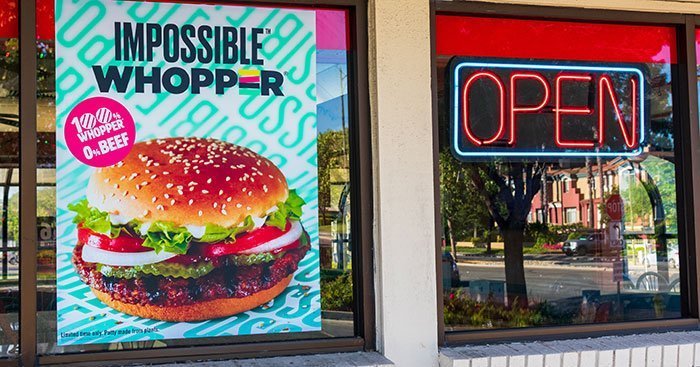 Veganism has become an increasingly popular movement over the past few years, and clearly where there’s tofu, there’s gold, with £740m sales of meat-free food in 2018.

The latest brand to try to tempt the green market (which has grown fourfold in the past four years, according to the Vegan Society) is Burger King – with spectacularly bad results.

It seems that the name of the US version – the Impossible Burger – was unpleasantly apt. According to the Vegan Society, the UK version (the Rebel Burger) can’t actually be classed as vegan or vegetarian, as it’s cooked on the same grill as meat burgers, and is served with mayonnaise! Not only have there been disputes about how these plant-based burgers are cooked, but it also transpires that they may have been tested on animals.

One campaign group claims that the ingredient soy leghemoglobin was fed to 188 rats, before they were killed and examined. To add to its woes, BK is now being sued in the US by a vegan who claims that the tagline ‘100% whopper, 0% beef’ is misleading.

According to the brand’s marketing team in the UK, the Rebel Burger is actually aimed at ‘flexitarians’, ie meat-eaters looking to cut down on their meat consumption. (Although why they would feel the need to go to a burger restaurant to do so is a bit beyond me).

Whatever the outcome of the legal claim, the brand is unlikely to win over many plant-based fans. As a columnist for the Independent recently expressed, veganism is less about ingredients, and more about a lifestyle.

Vegans in general care deeply about animal welfare, and are often environmentalists too. However you cut it, it would be hard for even the most strident Burger King fan to argue that those are the pillars the brand represents.

In a world of increasing activism, many people concerned about climate change are unlikely to want to support big business when they buy lunch. Oh, and besides all of that, by making a burger which seems to ‘bleed’ when bitten, I’d guess they’ve alienated a lot of vegans anyway.

It’s not the first PR blunder for the firm either. I’ve written about their previous problem when their social media feeds were hacked.

This was a pretty embarrassing time for the company, especially as the hackers were able to reach millions of fans – telling them that the brand had been merged with rival McDonald’s. Whoops.

But while that was more of a human error, the vegan issue feels more potentially damaging. Customers aren’t stupid, they can tell when a company is making a change – seemingly for the ‘greater good’ – for cynical reasons.

I’m a big fan of the phrase ‘if something’s worth doing, it’s worth doing properly’, and in general this is a good mantra for businesses. Burger King has demonstrated nicely what happens when you go after a market without proper care – and it’s not a good look.

While there’s clearly a place in every sector for innovation – there’s something to be said for continuing to do what you do well, rather than diluting your brand because you feel you should.

Big firms – be they legal or burger-based – often strive to incorporate the latest trends into their work, even if it’s to the detriment of the business overall. If you’re known for affordable, tasty-but-processed meal deals, with meat an important factor – stick to it.

Play to your strengths. Or make changes because you think it’s a good idea (morally or otherwise), rather than attempting to pin down an elusive audience.

While it’s easy to mock BK for hitting upon ‘vegan’ and trying to force a round peg into a square hole, how many law firms do you know who are doing the exact same thing with AI technology?

There’s always something new, some development designed to afford companies wider reach. But is your USP that you’re always at the cutting edge of progress? Or is it something else: reliability; results; being good at listening to clients, etc, etc.

There are hundreds of ways to do good business, so don’t get swept up in the glamour of chasing a specific audience if they aren’t a natural fit for your brand. Sometimes, all people want is an old-fashioned cheeseburger.