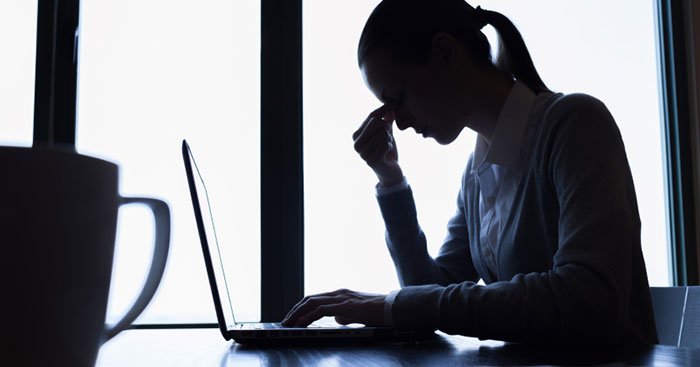 Following the publication of LawCare’s ‘Life in the Law’ report last week, our CEO Melissa Davis asks how can we stop the legal sector walking headlong into a mental health crisis.

Key phrases we hear all the time now as firms of all sizes switch on to the importance of having engaged, happy teams, delivering better results for their customers and, therefore, for their employers. Increasingly alive to the simple fact that retaining people is cheaper than recruiting new people.

Except it seems for the law where, last week, we were treated to three wholly different key phrases to describe the legal sector – mental ill-health, bullying and harassment.

Am I the only one who thinks that’s tragic and something needs to be done? Now.

The report, from legal mental health charity LawCare, painted a pretty damning indictment for a lot of people working in the legal sector. And it urged change.

More of the same

Let’s be honest. It’s hardly a surprise, is it? You only have to check out some of the more anarchic legal media sites to know that lawyers treating other lawyers badly isn’t exactly a rare thing. Some of the sites exist solely on a diet of those very stories so that alone gives us a clue as to the scale of the challenge.

Even the more traditional media hardly shy away from reporting the uncomfortable truths. Take the Law Society Gazette for example. On one day last week, 28 September, it had two headlines that would make most sectors wince:

‘One in three barristers ‘bullied, harassed and discriminated against’’

The latter headline was the same LawCare story but the former was a Bar Council survey of barristers to which 3,479 people replied. So that’s more than 1,000 barristers who have experienced bullying, harassment or discrimination in the past two years alone, with female barristers three times more likely to be on the receiving end compared to their male peers.

Tired of hearing the same things? Then do something about it

What’s really quite sad is that I know a lot of people reading this will know it’s true – but what are we going to do about it?

Mental health is something I am passionate about. That’s why we continue to run our resilience series which aims to talk about how perfectionism is destroying the ability to be vulnerable and how that, in turn, leads to shame and stress. If you missed our series you can catch it here.

It’s time to start tackling the causes and, if that means tackling individuals in the sector, mostly in leadership positions, who have literally no idea how to behave properly, then that’s what firms and chambers need to do.

Working in the law as a non-lawyer can feel quite odd sometimes. Especially for those of us who have worked in other sectors.

We live in a world where technological advances, new ways of doing things and new ways of thinking are all around us and yet, at times, it feels like the legal sector is in its own world, happy to do things the way they were always done, resistant to change.

And that includes wellbeing. I would like to bet that we all know or work with senior figures in well-known firms who would admit that some of their better-known people are actually quite difficult to work with and cause some eyebrow-raising HR issues – yet they remain while others go.

‘But they bring the work in so what do you do?,’ some would say.

Think about it a different way. Your colleagues deserve better, your peers deserve better. Do we really want the legal sector to walk headlong into a mental health crisis? Is that really what law firms across the UK think is OK?

Everywhere we turn, after the immense challenges of the pandemic to date, people are alive to wellbeing. We’ve all been challenged in ways we didn’t expect in the past 18 months.

The reality is that going back to how things were just isn’t an option in most walks of life. The idea that people working in law firms will happily be dragged back into offices they don’t need to be in to be put under pressure by their managers, just like they used to be, is simply misguided. And anyone thinking that way should be asking themselves some hard questions.

Put simply, colleagues work better and are more productive when they’re happy, engaged and feel valued. When we do client listening we often hear that clients stay with firms because of how WELL they treat their teams and how happy they seem, NOT because they are the best price or the most innovative. It’s quite simple: if a business treats people as individuals and human beings and values their wellbeing, it follows that the person concerned will perform better and which client doesn’t want to see that. Who actually works better after they’ve been bawled out across the office after four weeks with no day off?

For our global insight paper on what clients think about their relationships with law firms we are speaking to GCs and other buyers of legal services worldwide. They are regularly telling us that if a firm has completed a tender and they appear on paper to be the best for the job but it looks like they haven’t slept for weeks or are so wired they wonder what’s going on behind the scenes they won’t be appointing them (or using them again if this comes out during the contract)…. and if they’re asked to be a referee for the directories for that firm they are likely to keep in mind that their law firm team seems burnt out, under stress and at breaking point.

So if you think your internal behavioural issues will stay internal, think again. Clients notice. So should you.

Law firms are quick to point out how much emphasis they place on client service. But if your colleagues are feeling under pressure, worried about their mental health and being bullied and harassed, how do you think that comes across to clients?

Mental health matters. Wellbeing matters. Most of all, people matter. Especially after the past 18 months.

It’s time law firms of all sizes started taking that seriously and tackling those that bully, harass or affect their colleagues’ mental health – no matter how much money they bring in.

We all deserve better.